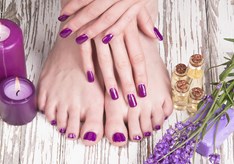 To protect your product you actively have to apply for a patent or have it registered via the design right. At least that is what you would think. However, there is a relatively unknown exception to that rule. That exception is the unregistered design right by which a design is protected against imitators for three years without you having to register it.

The following example shows how this works in practice. In 2011, toy store chain Intertoys launched a manicure set for girls aged up to sixteen under the name 'Nail Heaven'. Last year, Intertoys instituted legal proceedings against the Action chain of stores because they were selling an almost identical manicure set under the name of 'Nail Paradise'. Action probably thought they were allowed to do so because Intertoys had not registered Nail Heaven as a design.

That argument does not hold, was the view of the court in preliminary relief proceedings in The Hague. The court ruled that Action had copied the Nail Heaven manicure set. This is not allowed because even an unregistered design is protected if it meets the required conditions. This addition to European design right, the unregistered design right, was introduced around ten years ago after lobbying by, among others, the clothing industry. That sector uses seasonal collections. It would cost an awful lot of money to have all the designs registered according to the design right. What is more, a design would have been taken out of the collection by the time the registration had been processed.

The unregistered design right applies for a three-year period after publication and is, therefore, certainly not only applicable to clothing designs. In Europe you always have one year to reflect on whether you want to have your design registered after it has been brought on to the market. If you forget to register after that year, the design is still protected for a further two years via the unregistered design right.

How much does a design right...

How Apple became and...