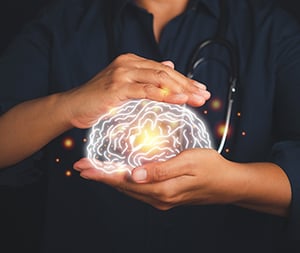 The European Patent Office is only marginally extending the legislation for the protection of software and artificial intelligence (AI). As a result, a strong boost for software developers and the European economy is unfortunately not really forthcoming. Stone-age patent legislation continues to slow down rather than accelerate innovation in the lucrative AI market.

This follows from a recent decision by the highest judicial body of the European Patent Office, the so-called Enlarged Board of Appeal. This body considered the question whether a software program that simulates technical processes can obtain patent protection. The decision was eagerly awaited by software developers and patent attorneys on account of its potentially far-reaching implications. A positive decision could potentially have given this sector and Europe's position in it a significant boost. In short, it was an opportunity for Europe to take the lead. Now that the decision has been made, we have to conclude that the highest judges of the European Patent Office have safely steered a middle course. Although the decision does broaden the scope of protection for AI to a certain extent, it does not do so to the extent hoped for.

Software with a technical effect

Patent protection is basically intended for the protection of technical inventions. In European patent law, software was explicitly excluded from this from the very beginning, but in practice many patents are in fact granted for software-related inventions. It then concerns software that brings about a technical effect. For example, software in a central heating boiler which ensures that the boiler works more efficiently is patentable if the software produces the technical effect of reduced energy consumption.

To assess a patent application for software, the European Patent Office applies a two-step approach. The first step involves identifying whether it includes a technical feature (e.g. a computer). The answer to that question is almost always positive in the case of software, which means that first hurdle is usually easy to take. The real brainwork lies in the second hurdle, which makes a distinction between technical and non-technical components. If you use software to automate a non-technical process, then no patent will generally be granted on that software. For example, software for calculating an insurance premium or the rent of a holiday home is not patentable. However, if that software contains a technical component that makes calculations safer or faster, for example, then that software can be patented.

The burning issue recently addressed by the Enlarged Board of Appeal was whether a simulation of a technical system is patentable. The software in question simulates the flow of people in buildings for the benefit of building design. It can, for example, be used to simulate behaviour in emergency situations and during evacuations. The assessment dilemma from a European patent law perspective is that although the simulation takes place in a technical design process, the simulation process does not actually result in a change to the technical reality. The question is therefore whether the calculation process used to simulate a technical process constitutes a solution to a technical problem. The highest judicial body of the European Patent has now handed down a positive decision on this. According to the Enlarged Board of Appeal the numerical outcome is sufficient for a patent if this outcome has a technical significance. This means that the further technical design process does not have to be included in the claims. This is in contrast with the old situation in which the underlying technology as a result of the calculations would have had to be included in the claims. This is a positive development. More and more processes are moving from the physical reality to the virtual world. This is not only the case for technical simulations, such as the design of a bridge or a computer chip, but also for all kinds of other activities, such as gaming. From now on the fact that basically the outcome of the simulation has a technical significance will suffice and that is a great step forward.

Fundamental decision on the interpretation of the law

Even though the possibilities of obtaining a patent on software have been broadened to a certain extent as a result of this fundamental decision on the interpretation of the Patent Act, this has not really been cause for celebration in the western software world. They had quietly hoped that the European Patent Office would use this case to broaden the criteria for software patentability in general to a much greater extent. That did not happen with this decision. In fact, the European Patent Office is continuing with the existing methodology. The only gain is that the outcome of a technical simulation is enough to comply with the criterion of solving a technical problem. Of course the other criteria for patentability continue to apply, including that the invention must be novel and inventive.

Significance of the decision for AI

The significance of the decision for AI is even more limited. In recent years, more and more patents involving AI have been applied for, and the European Patent Office applies the same criteria to these as it does to software: what are the technical aspects and do they solve a technical problem? If you use AI to control a machine, then it is clear that this falls within the scope of technology. After all, the AI makes the machine function more effectively. However, AI is increasingly being used in other areas as well, for example in the financial world and for image, voice, text and face recognition. The European Patent Office believes that many of these recognition applications fall within the scope of technology. For applications in the financial world, however, this is much more complicated. Using AI to detect fraudulent transactions with credit cards, for example, does not in itself fall within the scope of technology. However, if the AI ensures that the computer can detect these transactions more effectively and efficiently in a technical manner, then this may fall within the scope of technology. The recent decision by the Enlarged Board of Appeal does not really change this. When it comes to broadening the patent protection for AI, we will have to wait until the Enlarged Board of Appeal next considers a matter relating to the interpretation of the Patent Act. However this could take many years.

No Silicon Valley for AI in Europe

Now that the highest judicial body of the European Patent Office is only moving the line between 'technical' and 'non-technical' to a very limited extent, Europe will not be able to achieve a leading position in the area of patents compared to the superpowers China and the United States. The dreamed-of Silicon Valley for AI in Europe will not materialise as it will now not become more appealing for AI developers to apply for protection of their intellectual property here. This is happening at the same time as more and more innovation is taking place applying high quality software in an area that is not considered technical in many cases, such as social media and data mining. A great deal of money is being invested in this particularly by start-ups or fast-growing tech companies. They look for protection, such as patent protection, to best protect their investment against being copied. Extensive opportunities to protect AI technologies make it more appealing for investors to invest in it creating more high quality jobs and growth potential.

The decision by the Enlarged Board of Appeal does not change much as far as that is concerned but with good intention there is also a ray of hope. Legal issues in this area develop slowly. The European Patent Office wants to be a predictable, reliable and consistent organisation and not suddenly come up with new criteria for protection. The existing rules for computer implemented inventions are applicable to all areas, irrespective of whether they involve AI, blockchain image processing and so on. The European Patent Office assesses every high-end computer-related technology on the basis of the same criteria. This also has certain advantages for AI entrepreneurs and their lawyers, even though patent law has not really kept up with the times. Patent granting procedures often take years. It is good to know what the possibilities are at the beginning of the process. Otherwise you would be investing in the protection of a moving target. The future will tell if the European economy is going to miss the boat with this decision and whether countries like the US, China or India will now take the lead with protection options that fit high-quality contemporary AI innovations.

This article appeared in the September 2021 issue of AG Connect