What does Brexit mean for your patents? 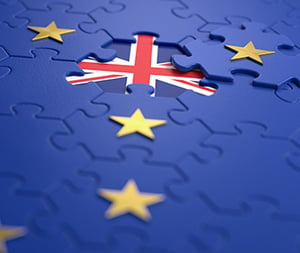 Some of our clients have concerns about the impending Brexit and ask us whether the UK's potential departure from the EU will have consequences for their patent protection on the other side of the Channel. The short and clearest answer to this question is no.

The European patent system is entirely separate from the European Union. It is based on an international treaty entered into by the participating countries, which include countries like Iceland, Turkey and Norway. That is why, in this case, it is irrelevant whether or not a country is a member of the EU. A European patent application is assessed by the European Patent Office or EPO. If your application is assessed and granted here, it will subsequently break up into a bundle of national patents. This is also true in the case of the UK. If Brexit goes ahead, the British part of your European patent will simply continue to exist.<

If you have design protection and this is largely laid down in European design applications, then it is important to keep a close eye on how the Brexit deal develops. We are assuming that existing EU design rights for the British territory will be transferred into national British design rights, but right now it is not possible to say this with any degree of certainty. <

The Unitary Patent is an entirely separate issue. This patent, which is still under development, has to make it easier and cheaper to get patent protection in a specific number of European countries. If Brexit goes ahead, then this project is likely to be delayed by several years. In the unlikely event that Brexit does not go ahead, then there will be fresh hope for the Unitary Patent and the accompanying new court, the UPC.

All international cooperation is fraught with difficulties, but there is no need to worry about your patents and patent applications. However, you do need to keep a close eye on our channels for news about EU design rights after Brexit. We hope to be able to tell you more about this once it becomes clear what choices London is going to make.