Brexit opens the door to introduction of unitary patent 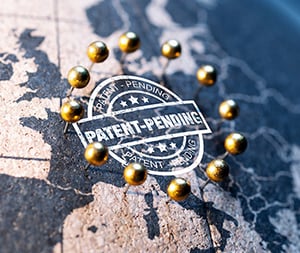 Brexit is finally happening. Now that it is clear what the UK's relationship with the EU is going to look like in the coming years, it is possible to look at a number of international collaborations that have been on hold for some time now, such as the unitary patent. This is a new legal form that makes it possible to protect an invention with a single patent throughout the EU and to enforce that patent with a single court case. This has lots of advantages for innovative companies. In my opinion, it will also ensure that the EU does not sink any further as an innovative region. Participating countries must do everything they can to introduce the unitary patent before the end of this year.

Currently: it is expensive and complicated

At the moment, European patent applications have to be submitted to the European Patent Office. This office then assesses and grants the patent centrally, but it is not until after it has been granted that you decide per country whether you want patent protection there.

If you want protection in all 38 countries affiliated to the European Patent Convention, you will have to have the patent translated and registered 38 times. You will also need to engage 38 different, local agents to assist with these registrations. After this you will need to pay an annual fee, in each country, to maintain the patent. If an infringement dispute arises, you will need to go to court in 38 countries with 38 teams of lawyers litigating in 38 different languages. And that for basically the same lawsuit each time. In effect, the patent and the competing product are the same everywhere. However, it is important that all proceedings are closely attuned to each other, because if your story is not consistent in all the countries, this could be of benefit to the opposing party.

I feel that this system is, and perhaps always has been, rather antiquated.

One patent, one language, one fee, one court.

With the unitary patent this will become much easier. No need for 38 translations, but a single patent in English. One annual fee to maintain it and, in the case of infringements, one court case before one new court that will rule for all member countries. In one language.

Is there a catch? Yes there is, as out of the 38 countries only the 28 EU countries can participate. Switzerland, Norway, Turkey and now therefore also the UK cannot. Some of the EU countries are still not sure, but it seems to be just a matter of time before they too will definitely decide to join. The more participants, the stronger the patent, the stronger the region. And that is desperately needed.

Unitary patent reduces gap between Europe and China and the US

The expensive and complex patent system means that Europe has been losing more and more ground to other regions in recent years. In 2018 in Europe we filed less than a third of the number of patent applications filed in the US and only a ninth of the number filed in China.

Technology is less well protected here than it is in the US or China, which means that companies are less able to recoup their investments. Contracts, such as licences and transfers, are also more difficult to organise here. It is less clear who is the rightful owner of certain technologies.

The unitary patent makes it easier and more financially attractive for companies to be innovative. That is why I am arguing for a quick introduction. It will not only benefit the economy but also ensure that Europe does not start to lag any further behind China and the US. It will make the EU a more valuable place for sectors such as ICT, pharma, energy, mechanical engineering and more. Brexit will hopefully now give the final boost to actually implementing the patent.

This process has been going on for at least 45 years. In 2016 it looked as though it was finally going to become a fact, but then the Brexit referendum turned everything upside down again. Now we have the historic opportunity to finally get the system up and running. Only a few hurdles remain.

A complaint is pending before the Constitutional Court in Germany from a person who believes that the new system is in conflict with the German constitution. A ruling is expected in March 2020. On top of that, an alternative location for the London seat of the new court is being considered. It is expected that it will be moved to Milan. Fortunately, both problems do not seem to be impossible to overcome.

Incidentally, patent protection in the UK will of course continue to be possible on the basis of the current registration system. Compared to the unitary patent, this will at most feel slightly old-fashioned.