Early involvement in a competitor's patent application is a good idea 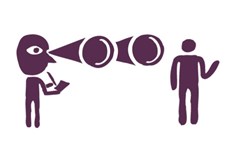 Recently, more effective ways have been introduced for the early monitoring and influencing of another party's patent application. This is possible via so-called third party observations.

After submitting a patent application through the European Patent Office (EPO), the applicant and EPO usually consult to determine what the new and innovative aspects of the invention are. An assessment is jointly made as to which rights the applicant can acquire as a result. Until recently, other parties, that might later encounter problems due to the new patent, had few effective options for influencing that process.

With so-called third-party observations another party could and can submit an objection to a patent application to the EPO. Whereas, in the past, the EPO did not always take these objections into account, these are now taken very seriously. As a result, the option of becoming involved in the patent-granting procedure at the EPO via a third-party observation is once again a topical issue. Objections can be submitted easily and anonymously, for example via the EPO website, and at any point in the patent granting process. What is more, there are no costs attached to this.

According to Mark Jolink, patent attorney at patent office EP&C, the third-party observation is a ‘delightful system’ for influencing another party's patent application at an early stage. “This option has actually been available for some time. However, until recently the EPO was permitted to ignore any objection from a third party. You did not always know what the EPO was going to do with it. Now the EPO is obliged to take the objection into account and the system is becoming more and more popular. In effect, the system is being revived”, according to Jolink.

According to him, there are also disadvantages to ‘involvement’. “By becoming involved, you let the applicant know that people are interested in the invention, even though you remain anonymous. What is more, you therefore give the applicant an opportunity to change things during the process. However, the advantages generally outweigh the disadvantages because you, as a third-party, can benefit hugely. We are therefore recommending this method more and more frequently to our partners.”

There is another option. “This involves filing an opposition with the EPO, in other words lodging an objection. However, this is only possible if the patent has already actually been granted. The great thing about the third-party observation is that you can exert influence during the process”, Raggers adds.