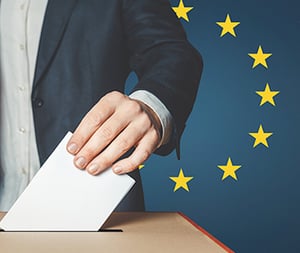 ast Thursday, 26 November 2020, the German Bundestag voted in favour of the ratification law to ratify the UPC Agreement with the required quorum. This was necessary following the ruling of the Federal Constitutional Court on Friday, 20 March 2020. A second vote is still needed and is expected to take place on 18 December 2020. If the second vote is also positive, it will pave the way for Germany to ratify the new system. This will remove another hurdle for the entry into force of the unitary patent and the UPC, the new pan-European patent court.

Can we now finally assume that the new system is going to enter into force soon? No, unfortunately not. There are still at least two potential problems to overcome. First of all, a new appeal is expected to be lodged at the German Federal Constitutional Court, the court that checks new legislation against the German constitution. The Federal Constitutional Court may still reject the new system. That would mean years of delay.

Secondly, Brexit could still have legal consequences for the new system. The UPC Agreement states that London is to be one of the seats of the so-called central division of the new court. Right now it still remains to be seen whether and how the UPC Agreement will need to be amended in this respect. An amendment would probably also involve a delay.

It therefore seems premature at this point in time to assume that the new system will indeed enter into force in 2022. We will keep you informed of further developments.