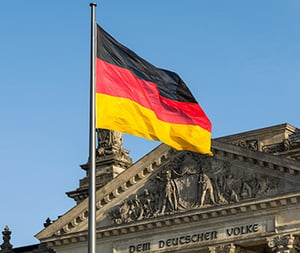 On Friday 20 March 2020, the long-awaited decision of the Bundesverfassungsgericht (BVG), the German Constitutional Court, on the UPC and the unitary patent was delivered. The BVG declared the system null and void because the Bundestag did not vote in favour of it with the required quorum of 2/3 of the number of seats in the Bundestag.

This is a setback for the UPC and the unitary patent. The possibility to protect an invention with a single patent in the EU and enforce a patent with a single lawsuit is suffering a further delay as a result.

This number is required because with the new system powers are being transferred from German institutions to international institutions. In simple terms, Germany is handing over a piece of sovereignty and that is only possible with a 2/3 majority in the Bundestag. Too few parliamentarians were present at the vote because they were not aware that a 2/3 majority was required.

This was the BVG's only objection. The decision therefore also contains important positive news. The case was about much more than just the required quorum. The complainant, a private individual, had made several substantive objections to the new system. For example, the Board of Appeal of the EPO allegedly was not sufficiently independent to qualify as a court. Germany should therefore not be allowed to delegate powers to the Board of Appeal. However, the BVG weighed up all substantive objections and did not consider them to be serious enough.

This leaves the door open for the new system to be put to another vote in the Bundestag. According to the latest reports, this is on the agenda before Germany goes back to the polls to elect a new parliament. This would mean that it will be voted on again in October 2021 at the latest.

It is expected that there will be a 2/3 majority then so that the UPC and the unitary patent will be able to go ahead.

WITH OR WITHOUT THE UK?

It is not a given that the new system will in fact be implemented after Brexit. The UK is an important country, and a unitary patent with UPC without the UK is not attractive enough for everyone. For now the route plan therefore appears to be as follows:

I am very much in favour of the introduction going ahead. The new system has many advantages for entrepreneurs. It makes it easier and more financially appealing for companies to be innovative and ensures that the EU continues to be a powerful innovative region vis-à-vis China and the United States.