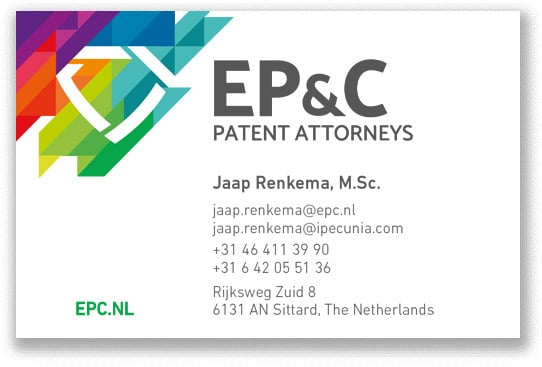 Jaap has the passion to support people and companies to be successful. The drive to support, in combination with 20 years of industrial experience at DSM and a large interest in and understanding of technology has resulted in the start of IPecunia Patents.

Jaap joined DSM in 1987 after a study in chemistry (catalysis and polymers) at the University of Groningen. From 1987 till 1997 he worked as a group leader/project manager in research projects at DSM research.

In 1997 he switched to the patent department, and became Octrooigemachtigde and European patent attorney in 2000.

These 20 years of experience have been very valuable. Jaap has a lot of experience in chemical research, projectmanagement, developing new analytical tools for screening catalysts, building and running pilot plants, and at the IP department all activities within the scope of a patent attorney, like drafting and prosecution of patent applications, filing and prosecution of oppositions (EP, JP, KR), litigations and arbitration (in US and EP), negotiations in licensing, contracts, valorization of patents and portfolio’s, courses on commercialization and use of patents and so-on.

In 2004 Jaap started Renkema Patent Consulting, which was converted to IPecunia Patents in 2008. Also in 2009 he started a coaching firm “RENK Coaching” together with Anneke Ouwerkerk.

Apart from the experience from his professional life, Jaap will bring conceptual, strategic thinking, and a practical attitude to support your business.

In 2004 Jaap started his own patent office which merged into IPecunia in 2008. At the beginning of 2022, EP&C and IPecunia decided to combine forces.

Furniture and bricks made...