Do not suspend patents on corona vaccines 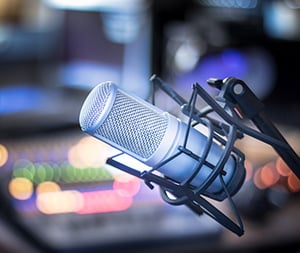 Now that the whole world is looking for a cure for the coronavirus, various countries are considering seizing the patents on corona vaccines. The idea behind this is that this will make it possible for these vaccines to be produced more quickly and cheaply. It may seem like a clever idea, but it presents numerous legal problems and also poses a major threat to innovative pharmaceutical companies. I recently expressed my opinion [in Dutch] on this on BNR Radio: I feel that there is a better solution: use a compulsory licence whenever a pharmaceutical company wants to exploit the current situation.

A national government cannot just decide to seize patents. In many countries, including the Netherlands, there are international treaties in place on the protection of intellectual property. Because of these treaties, our patent law may not contain any exceptions that unreasonably disadvantage patent holders, for instance. If they do, with respect to the seizure of patents on a corona vaccine, for instance, manufacturers can invoke these international treaties.

Quite apart from the legal dichotomy in which we may find ourselves in the short term, the seizure of patents will cause far greater problems in the future. The move could set a precedent. By opting for this solution now, a government will always be able to exercise that option in the future. This is going to be a risk when developing drugs in the future.

After all, what benefit does the pharmaceutical company derive from costly innovation processes if there is a risk that the government will seize its patents? And what does this mean for a vaccine for a new epidemic in the future? The suspension of patents seems an easy solution but may have major consequences.

A compulsory licence can be imposed quickly: in the event of a major emergency, parts of the process can be skipped, and production can be started quickly. This makes a compulsory licence an elegant solution that does not present problems for the future.

There is no question that an affordable vaccine needs to be found as quickly as possible, but let's take a good look at the various solutions and corresponding consequences. A bad choice in this crisis could make a subsequent crisis even bigger.