A simple device can change a wall or a table into a remote control after which you will be able to control devices via WiFi by using certain knocking or tapping patterns.

The American Knocki is a deceptively simple disc that you stick to a smooth surface, such as a wall, table or door in a home, office or shop. The sensors in the patented device convert tapping or knocking codes into instructions for all kinds of electronic devices, ranging from a smartphone to TV and from a coffee machine to lights. The user can programme the tapping codes himself via an app. These codes take over the operation of smartphones, tablets and switches.

The device's sensors recognise the tapping signals from the entire surface to which the Knocki is attached. It does not matter if the taps or hard or soft. The sensors work non-acoustically and they are so smart that they are able to filter out any other activities taking place on the surface. The Knocki will therefore continue to function even when attached to the bottom of a busy breakfast table. The smart surface will also continue to work as a remote control even when the smartphone, used to activate the app, is turned off or is out of reach.

An unlimited number of codes can be entered. These can consist of a simple series of one or more taps. However, more complicated combinations are also possible, for instance, two series of three taps followed by a single series of double taps, as an extra safety mechanism for certain functions such as the opening of a safe.

Knocki is collaborating with a growing number of smart home platforms and software companies, which means that more and more smart devices can be connected. In addition to operating obvious things such as a TV or lights, tapping can also be used to activate a Spotify playlist, order a pizza or Uber taxi and open and close doors. The device is going to be available from the end of 2016 and is going to cost around seventy euros, including shipping. 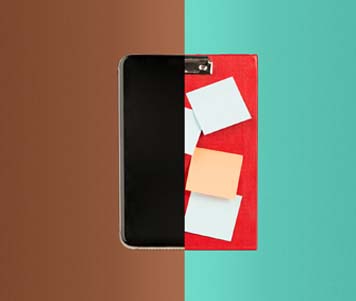 Is it possible for me to get...