No patent on plants obtained through crossing and selection 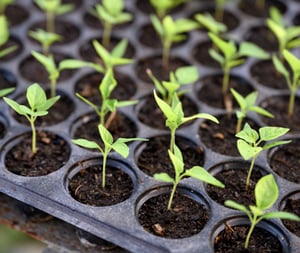 Last week, the European Patent Office issued a decision in a case that growers and breeders have been looking forward to for years. Plants such as fruit and vegetables, which have been developed through crossing and selection, cannot be patented. This puts an end to a period of uncertainty for two camps in this sector. What are their ideas and what does this decision mean for them?

What do those in favour of patents on plants developed by crossing and selection say?

For large biotech and chemical companies, this decision will come as a disappointment. In recent years, they have become increasingly involved in the cultivation of vegetables, fruit and ornamental plants. These sectors have thus become increasingly technology-intensive. These big companies used advanced techniques to conduct research into, for example, how to introduce wild plant traits into commercial plants - such as the broccoli sold in supermarkets - through cross-breeding without also introducing undesirable traits. They wanted to patent the results. They feel that patent protection, which can last up to twenty years, is an appropriate reward for the lengthy research needed to create a variety. It makes the process viable.

Based on this philosophy, plants with cross-bred traits were being patented until the European Commission and European Member States started to oppose this trend. Since then, the sector has been in a state of uncertainty as to whether or not patent protection is possible.

What does the European Patent Office say about this?

The Enlarged Board of Appeal of the European Patent Office went against a decision it had made earlier and made it clear that plants, such as fruit and vegetables, which have been developed by crossing and selection, can definitely no longer be patented. However, any patents in this field filed or granted before 1 July 2017 will remain valid. The EPO thus follows the line taken by the European Commission and the European Member States.

What do opponents of patents on plants obtained through crossing and selection say about this?

Opponents of these patents are of course pleased about the decision. It means that new varieties can only be registered by means of plant breeders' rights. Plant breeders' rights protect ownership of a newly developed variety for 25 years. Unlike in the case of a patent, it is easier for another grower to build on that new variety. Although he cannot simply sell that variety, he can use the claimed variety to develop a new variety.

The ownership of plants, obtained through crossing and selection, can now only be registered by means of plant breeders' rights. However, it is still possible to patent genetically modified plants. In some cases, therefore, there are still ways to protect newly developed plants with a patent. If you would like to find out more about this, please do not hesitate to contact me.