Patents and China: We are in this together, part 3. 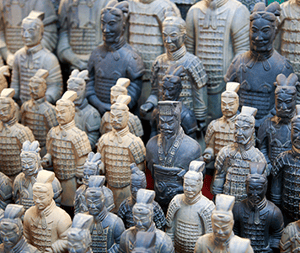 At the end of October, the co-founder and main man behind Alibaba, Jack Ma, visited the Dutch horticultural sector. That Ma is a smart guy. He initially became very wealthy thanks to his Internet companies but now has his eyes set on the innovative Dutch horticultural sector. I would have loved to have met him. And what a pity that certain media immediately felt that they had to frame this in a negative way with headlines such as: Is Chinese Alibaba CEO 'stealing' secrets from Westland glasshouse horticulture? In part 3 of this blog I will explain what an appropriate protection strategy towards China looks like today.

For several years now my day-to-day experiences have shown the following to be true: The Chinese are now making very attractive inventions in more and more areas of expertise. These are increasingly well protected by their own patent rights. Patent rights are also increasingly better respected in China itself. A clear statement of the fact that an invention is protected in China will usually suffice. In the unlikely event that this is not the case, a 'friendly' warning letter will often be enough. If that does not help either, it is now possible to tackle patent infringements in China via one of three specialist patent courts.

Of course it is also a legitimate choice to conquer China with your invention without applying for a patent in China. This can be done, for example, by trying to keep crucial information about your invention secret as much as possible. In many cases, however, it is virtually impossible to do so and it is relatively easy to discover the invention by means of reverse engineering.

You will then have to compete entirely on price, quality and service. You may then suddenly find yourself in China with someone else's exclusive Chinese patent rights to your own invention or an improvement to it. This is perfectly legitimate as long as the invention claimed by the other party meets the worldwide novelty requirement. This could even result in you not being allowed to commercialise your own invention or improvement in China.

Many of my existing clients are now well aware of the opportunities and threats from China in the field of protection. They usually start by setting up patent protection for the Dutch home market. If the signs are positive, from the market as well as from the patenting body, the patent protection is often extended to other countries. Firstly to Europe, secondly to the US, and what many people may not realise thirdly to China! In other words, China comes ahead of countries such as Australia, Canada,Japan, Korea, Russia, etc.

And with good reason, because this Chinese patent protection appears to work well for these clients:

The advantages of having your own Chinese patent are so great that they should be given due consideration. Please note that there are three options for protecting your invention in China:

Each of these has its own requirements, scope of protection and cost. They can also be applied for simultaneously.

The first is for fully-fledged inventions that must be able to pass both a novelty and inventive step test. The second is for improvements that are novel but need only have a lower level of inventive step. The third is for external design. The second and third are cheap and fast registration patents.

The filing costs for each of these three differ. A Chinese design patent, for example, can be obtained from as little as € 1,600. This design patent can then remain in force for a maximum period of 15 years and provides protection against slavish imitation and, if tactically drawn up, also against important variants.

If a greater scope of protection is desired it is possible to opt for a Utility patent or for an Invention patent.

The exclusive rights period in China can give you an important competitive advantage. But also keep innovating after that! Make sure you are a trendsetter within your sector. Develop smart solutions to problems and then protect them in the best way possible, so that you are assured of a new period of exclusivity even after the maximum period of protection has expired.