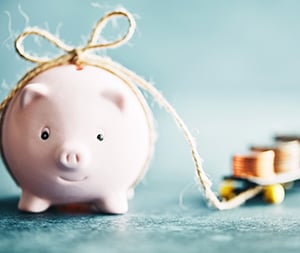 Last month, a notable study was published by the European Patent Office (EPO) and the European Union Intellectual Property Office (EUIPO). What did it show? European businesses with intellectual property rights have substantially higher turnovers than those without these rights. This difference is greatest in the SME sector, where there are relatively few companies with IP rights. In short: there is a lot of potential for SMEs without patents, design or trademark rights.

The offices conducted research into 127,000 European companies, of which almost 2,500 were from the Netherlands. They looked at large and small businesses with and without intellectual property, such as one or more patents, design and trademark rights, or a combination of these.

Companies that do have IP protection were found to have a turnover per employee 55% higher than that of companies without IP protection. Conclusion: intellectual property generally increases turnover. But this 55% is an average. For large businesses this turnover advantage is 'only' 18%, for SMEs it is as much as 68%.

This is striking, because the research also shows that only 9% of all European SMEs have any intellectual property rights at all. In short, a small proportion benefits from a major advantage, while that advantage is available to almost everyone.

Of course, the figures do not tell the full story. A statistical relationship is not the same as a causal relationship, but it is definitely significant. Moreover, the results are in line with our own experiences at EP&C. It is not without reason that we regularly write about the value of intellectual property for your competitive edge on this website.

However, the research does show that there are differences in value depending on the form of protection. Patents seem to be associated with the highest turnover per employee, followed by design and then trademark rights.

According to EUIPO Director Christian Archambeau, these figures underline the importance of making it easier to protect innovations. That would be great, but in my opinion the most important conclusion is that SMEs should not sell themselves short because it is already possible to protect intellectual property in the current set-up.

So don't sell yourself short and realise that even a simple innovation can be of great value. With a little guidance, you could soon belong to the smarter 10% of Europe!