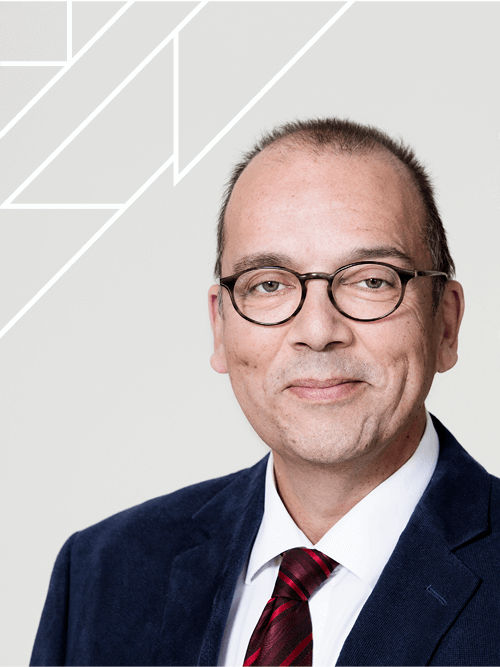 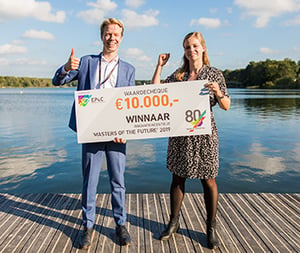 "On the occasion of the 85th anniversary, we can actually give you a taste," said Birgit Dekkers of RivalFoods, at the end of the Masters of Innovation. Last Thursday's event was the crowning glory of EP&C's 80th anniversary celebrations. It was an afternoon focused on looking ahead. Not to another anniversary, but to a healthy, sustainable and innovative future.

During the presentation by Lightyear our guests were presented with the plans for a self-charging, electric family car. This was followed by a number of workshops on how to innovate smarter, more creatively and with better protection. Finally, EP&C's guests were able to vote for who they thought should be the winner of the Masters of the Future innovation competition. They had three candidates to choose from. In the end, the first prize worth €10,000 went to RivalFoods.

Meat of the future

The market for meat substitutes is growing tremendously. Yet their consumption only accounts for a fraction of our groceries. The products currently available mainly consist of processed meat such as sausages and hamburgers, there is not really anyone who makes fake meat that you can actually prepare yourself. So this is where RivalFoods, a project by Birgit Dekkers and Ernst Breel, set up at the University of Wageningen comes in. They make a juicy meat substitute that you can prepare yourself. You can add herbs to it, marinate, fry or stew it. But our guests will only be able to taste it once they RivalFoods is able to produce it on a large scale.

Bodywork of the future

That is also the dream of Marc Bokeloh and Almer van der Stoel of Bambooder. They make semi-finished products from bamboo. These are as strong as steel, light as aluminium, completely natural and absorb 40% CO2. With the current trend and regulations in the field of renewable raw materials, a strong, sustainable and fast-growing product such as bamboo could be the answer. Bambooder hopes to be able to supply the cars, trams, windmills and sails of the future.

Energy of the future

As far as Alessandro Simonelli and Thomas Merdassi, students at TU Delft are concerned, the energy of the future will once again come from Pyropower. They presented a waste processor for agricultural companies that converts compost into heat and/or energy. On top of that, it releases natural carbon, which farmers can use to make their land fertile. This ensures that the energy of the future is not going to have a negative impact on nature.

Plenty of wonderful ideals, but there could only be one winner. RivalFoods won € 5,000 in services from EP&C plus a amount of € 5,000, which they are free to invest in anything they want. Co-founder Birgit Dekkers: "We already made some plans with EP&C a couple of months ago, so we know what we are going to do with part of the prize. The other part of the prize is also very welcome, in particular because a lot of our work is funded by subsidies. These are subject to restrictions but the prize money is not. "

The other two finalists did not go home empty-handed either. They won free patent monitoring from EP&C for a period of one year, which enables them to monitor relevant patent publications in their particular field of expertise. It ensures that they are able to respond to developments in the market that may be important for their business operations and patent strategy.

The event was an afternoon well spent for all finalists in lots of ways. Marc Bokeloh: "It's nice to win, but a day like this also presents a great opportunity to network. You never know if you are going to meet any possible investors. For example, for us to it's nice that Lightyear are here, too, as they potentially could use our product."

The gentlemen from Pyropower might not have won this particular competition, but they won another pitch the day before. Thomas Merdassi: "It's not just about money and your network, but also about further developing your product. People from other sectors look at from a different perspective. Sometimes you win, sometimes you learn."