Which patent application is your leader? Choose carefully and save time and money 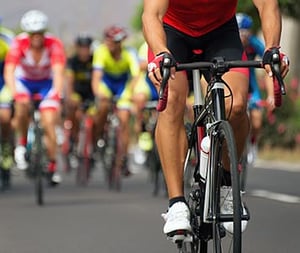 Which one do you set your sights on when your company wants to apply for several patents? Which one do you want to spend your time and money on? Which one is given priority? Especially if your company is growing fast, you may have several patents you want to apply for and all of them may seem equally important. I would nevertheless advise you to critically examine your patent portfolio and to divide the patents into three categories: leaders, sprinters and the peloton. By placing this filter over the patent portfolio, you will be able to organise the application process more strategically.

A start-up often has only one or two patent applications. This is the company's capital and the owners therefore know every detail of what is in it. But when a start-up grows into a scaleup or into an established company, the patent portfolio often becomes bigger. If you then treat all patent applications as if they were the only one, you run the risk of losing valuable time and money. By classifying patent applications into leaders, sprinters and the peloton you can avoid this.

I can illustrate a leader with an example from the beginning of my career as a patent attorney when I came into contact with a client who had come up with a clever idea. She wanted to paint a wall at home and she cycled to the DIY store for supplies. Paint, rollers, masking tape, brushes for the edges. The lot! At least, that is what she thought. When she got home, however, she discovered that she had forgotten a paint tray in which you pour the paint and dip your roller. This gave her an idea. She developed a paint tin in which the lid functions as a built-in paint tray, including ridges that you can run your brush along. No more fussing about pouring paint into a tray, rinsing the tray, and dried paint in the paint tray. The core idea that this woman had was the paint tin with ridges. This is the leader.

A sprinter is a patent application that is a nice addition to the leader. This application is written very specifically by a patent attorney. In the case of a sprinter, you pay less attention to getting the broadest possible patent but go straight for your goal. It is a patent you want, but which you could also license without jeopardising the core of your business. In terms of the time and money invested, a sprinter has less priority than a leader, but is interesting enough to write a very specific patent application for.

In the case of the ingenious paint tin, the seal of the lid is an example of a sprinter. The seal ensures that the tin does not leak and that the paint does not dry out. But that is not the actual invention. It is an improvement of a detail of the earlier idea, the core innovation.

In the case of a patent application in the peloton it is about good ideas of which you are not sure yet whether they are actually going to be developed. Patents that are nice to have, but that are not essential to the core of technology. If they are granted, then a licence is fine. And if you turn out to be infringing another patent, a patent in the peloton is also good to have so that you can swap it for others. But if the granting procedure turns out to be troublesome you can let the patent application lapse without too many consequences and you will not have to spend any more money on it.

In the case of the paint tin, an application in the peloton could be for the material of the handle, for example. A patent is useful, but it is separate from the big idea.

I want to challenge you to put this filter over your patent portfolio. Which technology affects the core of my business, which one complements it and which one least touches on the original idea? Keep in mind that during the application process it is possible to change from leader to sprinter, but not the other way around. Once an application has been filed, you will have to make do with what it contains at that time. It is not possible to broaden the patent at a later stage. You can always take a step back with your patent application, but not a step up.

If you decide that your 'team' of patents and patent applications does not need to consist purely of leaders, it offers the opportunity to use your resources efficiently for the effective protection of your ideas.

If you would like to discuss your innovations with me and whether they are leaders, sprinters or the peloton, then please feel free to contact me.

No guts, no glory: patenting...